By conducting several creative activities and initiatives, about 200 students from nine primary and secondary schools across the country marked the International Day of Peace, as part of the USAID Youth Ethnic Integration Project, in cooperation with the Youth Educational Forum. They gathered in the schoolyards, complying with the protection protocols and jointly improved the environment in which they study.

In the primary school “Jashar Bej Shkupi” in Chair, the young people adorned the school yard by planting white flowers. Then, they wrote peace messages on T-shirts and drafted the Code of Conduct at the school level, strengthening their democratic competencies.

The students from the secondary school “Orde Chopela” from Prilep installed benches in the yard and participated in a sports competition. The creative students painted a mural on one of the walls, and literary and art competitions were organized with works depicting various peace-related motifs.

In the primary school “Kiril i Metodij” in the village of Stajkovci, Gazi Baba, the students also drew graffiti, drawings and wrote messages for peace. In order to adorn the yard, they planted flowers and recorded a video with the realized activities.

Activities were carried out in the school yards of the primary school “Goce Delchev” from Sveti Nikole and the secondary school “Tsar Samoil” from Resen as well.  There, the young people planted plants, installed benches and urban equipment and painted them. With that, their social space became more beautiful.

A special space where the children will be able to socialize, learn new things and implement activities was created in the primary schools “Kiril i Metodij” from the village of Romanovce, Kumanovo and “Hristijan Todorovski – Karposh” from the village of Dragomance, Staro Nagoricane. Modern equipment and fun games were installed in this part of the school, and therefore, the space is ready for the students and their ideas. Namely, these two schools continuously implement extracurricular activities in partnership during which students from different ethnic communities are getting acquainted even though they study in different schools.

In order to creatively express their opinions on the importance of peace and to send messages of understanding and acceptance, the students from the secondary school “Negotino” from Vrapchishte wrote multiple messages for peace.

Similarly, their peers from the secondary school “Ljupcho Santov” from Kochani expressed their creativity by writing poems and messages for peace in several languages and by planting flowers in the school yard.

All these young people, together with their peers, were part of various extracurricular activities during the year, in which they developed their skills for initiating and planning activities for the improvement of the situation in the schools. 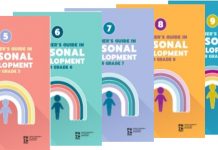 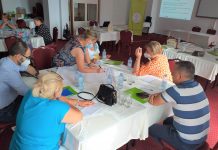 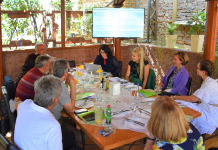 Civic Education in action: From idea to a positive change –...