Extracurricular activities are a very significant area within the entire educational activity pursued by the schools. Over the recent period, multiple project schools started implementing new extracurricular activities via distance learning, supported by the USAID Youth Ethnic Integration Project. Students of various ethnic communities and places of living cooperated together in multiple initiatives.

The students from the primary school “Hristijan Todorovski Karpos” from the village of Dragomance, in partnership with the students from the primary school “Kiril i Metodij” from the village of Romanovce, held an online meeting related to their activity titled “Healthy Children – Safe Future”. They discussed the advantages and disadvantages of the modern way of living enabled by advanced technology. Special attention was paid to the issue of excessive time spent in front of the TV and computer, which significantly reduces the time spent being physically active by the entire population, especially school-aged children. They concluded that daily physical activity is a first-line preventive measure and, in that context, the students will conduct a research via an online survey questionnaire in order to see how informed the respondents are in terms of the phenomenon of an improper posture, how physically active young people are and how important that is for their proper growth and development.

In the secondary school “Orde Copela” from Prilep, a school club was established titled “YEI ECO Club”. During online meetings, the students from various ethnic communities who participated in it got to know each other better. They discussed the importance of ecology and organizing environmental initiatives and they expressed their creativity through drawings and photographs with the logos of the club. After they presented their creations, together they chose their favorite ones and designed a slogan.

Activities aimed at choosing a logo and a slogan for the eco-club were also performed in the primary school “Goce Delcev” from Sveti Nikole. By using online tools, the students created logos and presented them. By voting, they enhanced their civic and democratic competences and chose the logo that they liked the most. In the forthcoming period, they are planning for that logo to be a part of the leaflets that they will be making and the T-shirts that will be printed for the students who are members of the school club.

By conducting extracurricular activities, the students enhance their skills and develop into open, independent and creative persons. 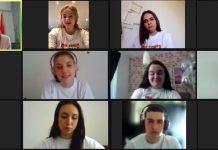 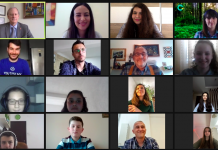 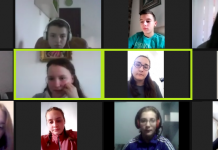 What students from the Idea Fusion Center think about distance learning

Interview with Oliver Stanojoski: Students equipped with knowledge as well as...