Can students learn more about cultural heritage in an easy and fun way? The teachers from the “Gorgi Sugarev” primary school in Bitola have once again proved that the answer is yes!

In April 2018, the dedicated teachers organized a multicultural rally to explore the cultural heritage of the city through team collaboration. More than 30 students from different languages of instruction, members of the school’s German language section, took part in the activity.

Before the start of the rally, the teachers divided the students into several groups and gave them an interesting challenge – to jointly explore five cultural landmarks located in the city center for a limited time. Visibly excited and ready for the challenge, the groups of students headed for the Clock Tower, the Church of Saint Demetrius, the Isak Mosque, the Yeni Mosque and the NU Center for Culture – Bitola.Having arrived at each of the sites, the young people encountered information centers where they answered quiz questions about the cultural landmarks in Bitola.

Once they have explored all the locations, the groups returned to the starting point and eagerly waited for their teachers to share the correct answers and count the points won by each group. The group that won the multicultural rally was awarded with a “trophy” made of gummy candies!

This activity is part of the school’s German language section within the Strengthening Multiethnic Cooperation in Municipalities Project, funded by the Pestalozzi Children’s Foundation. The main goal of the project is to increase interethnic integration in the society, promoting multiculturalism and actively involving the students of different ethnic backgrounds in various activities. 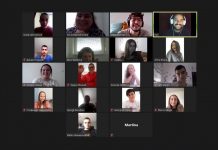 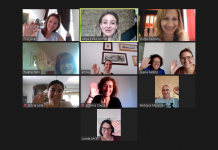 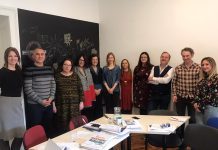 Kick-off meeting of the Start the Change project