During May and June 2021, 17 online workshops on promoting a democratic climate in primary schools were held within the USAID Youth Ethnic Integration Project in cooperation with the Bureau for Development of Education and the Youth Educational Forum. The workshops were attended by over 200 representatives of 96 project schools as members of school teams composed of Civic Education teachers, professional associates and principals. In the school year 2021/2022, these school teams together with the students will work on the implementation of student initiatives and organize an open day for Civic Education.

The participants in the workshops discussed the educational policies and strategic documents that are the basis for developing a democratic climate in schools, such as the Civic Education Concept, civic competences and Civic Education curricula for eighth and ninth grade. Special attention was also paid to the importance of school management and professional staff in fostering a democratic climate and cooperation with the local community, as well as to the implementation of student initiatives and the necessary stages for successful implementation and development of civic competences of students. Examples of the use of different methods of work (with physical presence, at distance and hybrid approach) were also shared as inspiration for the implementation of student initiatives during the next school year.

During the workshops, school team members acquired skills to successfully implement student initiatives and build school policies that support the development of a democratic climate in schools. The participants in the workshops also received useful materials for organizing student initiatives and open days for Civic Education. According to most of them, the trainings were useful and enabled them to gain new knowledge and share past experiences and ideas with their colleagues from other schools.

After the trainings where the participants set modern goals for improving the democratic climate in the schools in which they work, in the school year 2020/2021, the teams will work on implementing student initiatives and organizing open days for Civic Education. 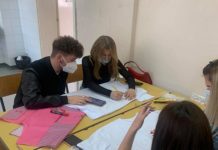 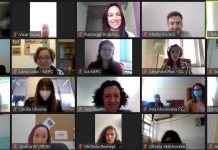 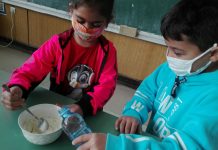 MCEC at the World Innovation Summit for Education